So my mini hiatus ended up being almost two months long, which was…well, a lot more than I intended. Sadly, a lot has happened during this time and it’s knocked me off my feet quite badly.

I lost my best friend, big fat Rini, in early May. She’d been my companion for nearly five years and honestly was the light of my life. If I had nothing else, I at least had her to wake up to. 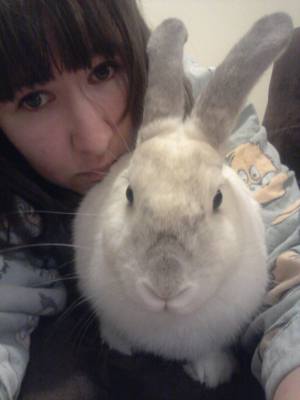 So we’ve had a lot to deal with in the wake of her passing. We actually ended up rescuing a bun because our remaining girl was getting severely depressed and wasn’t eating or drinking. It hurt to make such a choice, but having a new friend has made her happy again.

I’ve been working on my current MS a lot, and I feel like I’m failing at it, and a lot of things. I finished group therapy this week, and there’s been a sinking feeling in my stomach. What now? What do I do with myself? I’ve honestly been scared of finishing anything or getting anywhere because I’m so terrified of failing. I think that’s why I took a break even though I was so close to a year of consistent blogging- because I was finally getting somewhere with the things I’ve been doing, and that worries me. It’s a byproduct of being mentally unwell, I know, but it’s the truth.

In the mean time, I’m setting myself smaller goals. Smaller blogs, and not feeling like I need to necessarily contribute to the writing community. So many bloggers/vloggers are already doing that, and I don’t even have a following. This is all for me. So I’ll still try to maintain a weekly blog, but I won’t be forcing anything 🙂

I have Camp Nano coming up (and my 26th birthday!) so feel free to leave your nano tag, I’ll be hosting a cabin again and I really love the community. 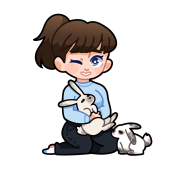